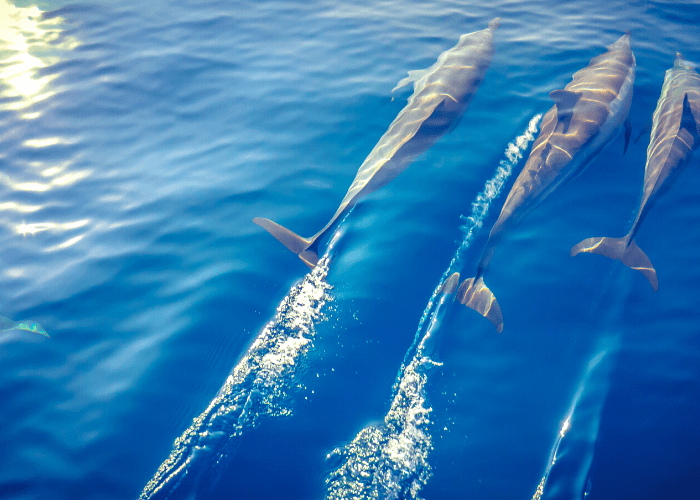 Swimming with dolphins at Ponta do Ouro

Endangered Species and Habitats
2 years ago

I found the “Save Our Seas” and “Fishing For Fun” articles in Issue 1 of Biophile particularly intersting, as I have seen, first-hand, the slaughter and uncaring (or should I say total unconsciousness) of recreational fisherman here in Ponta do Ouro.

Late last year I saw the attempted export of a Zambezi Shark across the boarder by a recreational fisherman whose response to the authorities was simply “I haven’t caught such a big fish in such a long time, so I thought I would take it home!” Unfortunately, southern Mozambique is one of those places where South Africans think they can simply come in and plunder. Little thought is given to the guidelines set out within the community and government and the damage is now very apparent.

From the catching of bill fish as trophy’s (which by the way is illegal if not registered with the relevant department in Maputo) to bottom fishing and sharks (who are rapidly on their decline due to the trade in shark fins). I remember Ponta do Ouro 10 years ago and the amount of fish stocks there were. Nowadays the fishing boats come back empty, day after day. One of the most saddening facts is as recreational fisherman plunder the coast and realize that their are no fish stocks left, so they move further up the coastline, taking, taking, taking as if there was an endless supply.

Unfortunately, the further north you go of Ponta do Ouro the less conservation presence there is, resulting in indiscriminate catches of just about anything! It is a very sad reality that the majority of humans still believe that there is a never ending supply of resources.

Government and media fail to drive home the point that the entire population of earth is sustaining itself on 30% fish-stocks. Having been in the tourism industry in Ponta since its new beginning after the war in 1995, I now actively campaign against supporting the commercial fishing industry and fully support tag and release programs.

Last but not least are the dolphins of Ponta do Ouro with which we have developed a truly magical relationship over the past 10 years. This unique relationship is unfortunately at risk, due to the ever increasing number of jetskis and dolphin operators.
Dolphin Encountours together with DolphinCare-Africa and the Dolphin Center in Ponta do Ouro, Mozambique actively work at sustaining dolphin tourism in the area, but due to the lack of control over illegal operators we are finding it very difficult to sustain the beautiful relationship we have formed with the dolphins of Ponta do Ouro.

The Dream of Creativeness

Colloidal Silver: a necessity for both good and bad times