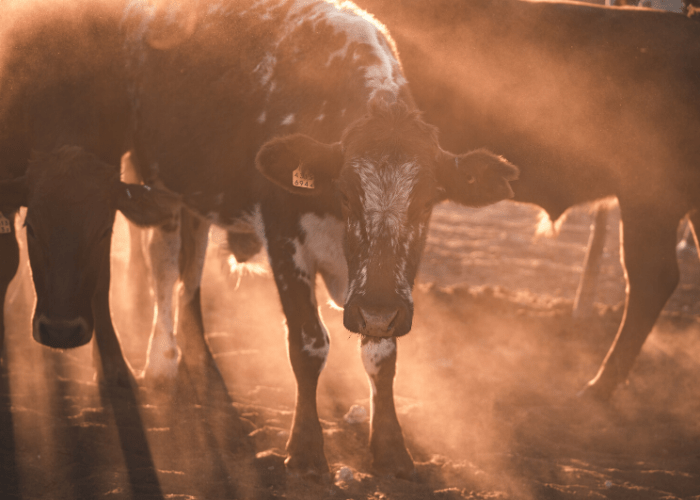 Australian scientists are trying to give kangaroo-style stomachs to cattle and sheep in a bid to cut the emission of greenhouse gases blamed for global warming, researchers say. Thanks to special bacteria in their stomachs, kangaroo flatulence contains no methane and scientists want to transfer that bacteria to cattle and sheep who emit large quantities of the harmful gas.

While the usual image of greenhouse gas pollution is a billowing smokestack pushing out carbon dioxide, livestock passing wind contribute a surprisingly high percentage of total emissions in some countries.

“Fourteen per cent of emissions from all sources in Australia is from enteric methane from cattle and sheep,” said Athol Klieve, a senior research scientist with the Queensland Government.

“And if you look at another country such as New Zealand, which has got a much higher agricultural base, they’re actually up around 50 per cent.”

Researchers say the bacteria also makes the digestive process much more efficient and could potentially save millions of dollars in feed costs for farmers and graziers.

“Not only would they not produce the methane, they would actually get something like 10 to 15 per cent more energy out of the feed they are eating,” said Dr Klieve.

Even farmers who laugh at the idea of environmentally friendly kangaroo farts say that’s nothing to joke about, particularly given the devastating drought Australia is suffering.

“In a tight year like a drought situation, 15 per cent would be a considerable sum,” said farmer Michael Mitton.

But it will take researchers at least three years to isolate the bacteria, before they can even start to develop a way of transferring it to animals such as cattle and sheep.