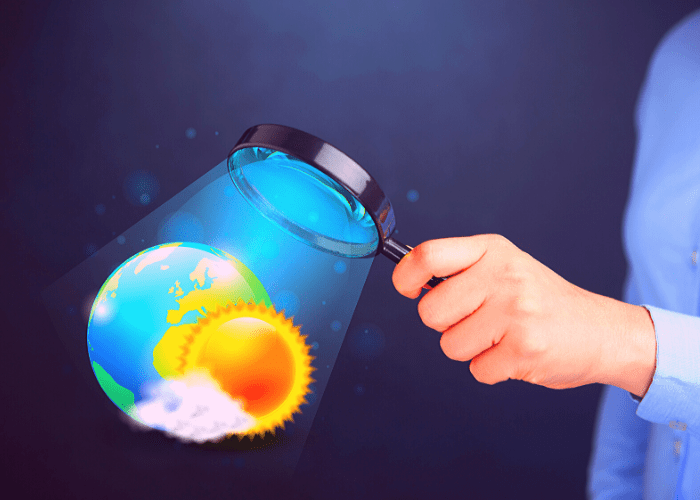 Environmentalists are overlooking the fact that vegetarianism is the most effective tool to fight climate change in our lifetimes. Global warming poses one of the most serious threats to the global environment ever faced in human history.

Yet by focusing entirely on carbon dioxide emissions, major environmental organizations have failed to account for published data showing that other gases are the main culprits behind the global warming we see today. As a result, they are neglecting what might be the most effective strategy for reducing global warming in our lifetimes: advocating a vegetarian diet.

The environmental community rightly recognizes global warming as one of the gravest threats to the planet. Global temperatures are already higher than they’ve ever been in at least the past millennium, and the increase is accelerating even faster than scientists had predicted. The expected consequences include coastal flooding, increases in extreme weather, spreading disease, and mass extinctions.

This is a serious miscalculation. Data published by Dr. James Hansen and others show that CO2 emissions are not the main cause of observed atmospheric warming. Though this may sound like the work of global warming skeptics, it isn’t: Hansen is Director of NASA’s Goddard Institute for Space Studies who has been called “a grandfather of the global warming theory. ” He is a longtime supporter of action against global warming, cited by Al Gore and often quoted by environmental organizations, who has argued against skeptics for subverting the scientific process.

His results are generally accepted by global warming experts, including bigwigs like Dr. James McCarthy, co-chair of the International Panel on Climate Change’s Working Group II.

The focus solely on CO2 is fueled in part by misconceptions. It’s true that human activity produces vastly more CO2 than all other greenhouse gases put together. However, this does not mean it is responsible for most of the earth’s warming. Many other greenhouse gases trap heat far more powerfully than CO2, some of them tens of thousands of times more powerfully. When taking into account various gases’ global warming potential—defined as the amount of actual warming a gas will produce over the next one hundred years—it turns out that gases other than CO2 make up most of the global warming problem.

Even this overstates the effect of CO2, because the primary sources of these emissions—cars and power plants—also produce aerosols. Aerosols actually have a cooling effect on global temperatures, and the magnitude of this cooling approximately cancels out the warming effect of CO2.

The surprising result is that sources of CO2 emissions are having roughly zero effect on global temperatures in the near-term! This result is not widely known in the environmental community, due to a fear that polluting industries will use it to excuse their greenhouse gas emissions. For example, the Union of Concerned Scientists had the data reviewed by other climate experts, who affirmed Hansen’s conclusions. However, the organization also cited climate contrarians’ misuse of the data to argue against curbs in CO2. This contrarian spin cannot be justified.

While CO2 may have little influence in the near-term, reductions remains critical for containing climate change in the long run. Aerosols are short-lived, settling out of the air after a few months, while CO2 continues to heat the atmosphere for decades to centuries. Moreover, we cannot assume that aerosol emissions will keep pace with increases in CO2 emissions. If we fail start dealing with CO2 today, it will be too late down the road when the emissions catch up with us.

By far the most important non-CO2 greenhouse gas is methane, and the number one source of methane worldwide is animal agriculture.

Whereas human sources of CO2 amount to just 3% of natural emissions, human sources produce one and a half times as much methane as all natural sources. In fact, the effect of our methane emissions may be compounded as methane-induced warming in turn stimulates microbial decay of organic matter in wetlands—the primary natural source of methane.

With methane emissions causing nearly half of the planet’s human-induced warming, methane reduction must be a priority.

Methane is produced by a number of sources, including coal mining and landfills—but the number one source worldwide is animal agriculture. Animal agriculture produces more than 100 million tons of methane a year. And this source is on the rise: global meat consumption has increased fivefold in the past fifty years, and shows little sign of abating.

About 85% of this methane is produced in the digestive processes of livestock, and while a single cow releases a relatively small amount of methane, the collective effect on the environment of the hundreds of millions of livestock animals worldwide is enormous. An additional 15% of animal agricultural methane emissions are released from the massive “lagoons” used to store untreated farm animal waste, and already a target of environmentalists’ for their role as the number one source of water pollution in the US.

The conclusion is simple: arguably the best way to reduce global warming in our lifetimes is to reduce or eliminate our consumption of animal products. Simply by going vegetarian (or, strictly speaking, vegan), we can eliminate one of the major sources of emissions of methane, the greenhouse gas responsible for almost half of the global warming impacting the planet today.

Advantages of Vegetarianism over CO2 Reduction

In addition to having the advantage of immediately reducing global warming, a shift away from methane-emitting food sources is much easier than cutting carbon dioxide.

First, there is no limit to reductions in this source of greenhouse gas that can be achieved through vegetarian diet. In principle, even 100% reduction could be achieved with little negative impact. In contrast, similar cuts in carbon dioxide are impossible without devastating effects on the economy. Even the most ambitious carbon dioxide reduction strategies fall short of cutting emissions by half.

Second, shifts in diet lower greenhouse gas emissions much more quickly than shifts away from the fossil fuel burning technologies that emit carbon dioxide. The turnover rate for most ruminant farm animals is one or two years, so that decreases in meat consumption would result in almost immediate drops in methane emissions. The turnover rate for cars and power plants, on the other hand, can be decades. Even if cheap, zero-emission fuel sources were available today, they would take many years to build and slowly replace the massive infrastructure our economy depends upon today.

Similarly, unlike carbon dioxide which can remain in the air for more than a century, methane cycles out of the atmosphere in just eight years, so that lower methane emissions quickly translate to cooling of the earth.

Third, efforts to cut carbon dioxide involve fighting powerful and wealthy business interests like the auto and oil industries. Environmental groups have been lobbying for years to make fuel-efficient SUVs available or phase out power plants that don’t meet modern environmental standards without success. At the same time, vegetarian foods are readily available, and cuts in agricultural methane emissions are achievable at every meal.

Also, polls show that concern about global warming is widespread, and environmental activists often feel helpless to do anything about it. Unless they happen to be buying a car or major appliance, most people wanting to make a difference are given little to do aside from writing their legislators and turning off their lights. Reducing or eliminating meat consumption is something concerned citizens can do every day to help the planet.

Finally, it is worth noting that reductions in this source of greenhouse gas have many beneficial side effects for the environment. Less methane results in less tropospheric ozone, a pollutant damaging to human health and agriculture. Moreover, the same factory farms responsible for these methane emissions also use up most of the country’s water supply, and denude most of its wilderness for rangeland and growing feed.

Creating rangeland to feed western nations’ growing appetite for meat has been a major source of deforestation and desertification in third world countries. Factory farm waste lagoons are a leading source of water pollution in the many countries. Indeed, because of animal agriculture’s high demand for fossil fuels, the average western diet is far more CO2-polluting than a plant-based one.

• Organizations should consider making advocating vegetarianism a major part of their global warming campaigns. At a minimum, environmental advocates should mention vegetarianism in any information about actions individuals can take to address global warming.
• Government policy should encourage vegetarian diets. Possible mechanisms include an environmental tax on meat and a shift in farm subsidies to encourage plant agriculture over animal agriculture.