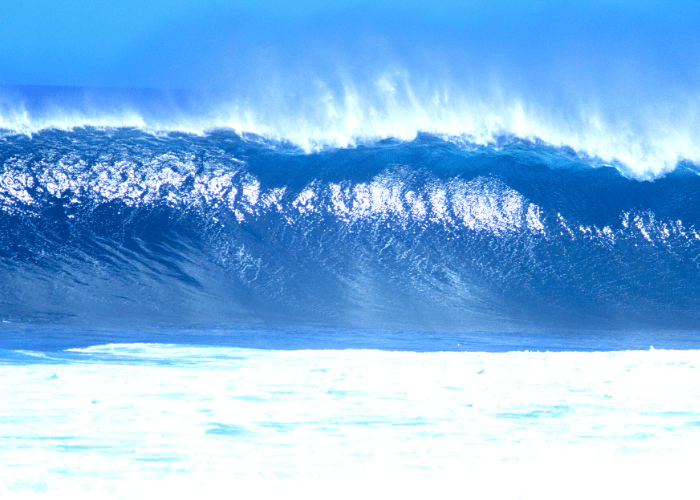 A giant rubber snake could be the future of renewable energy. The rippling “Anaconda” produces electricity as it is squeezed by passing waves. Its developers say it would produce more energy than existing wave-energy devices and be cheaper to maintain.

Retired physicist Francis Farley and Rod Rainey of Atkins Global dreamed up a flexible tube filled with seawater and sealed at both ends like a giant sausage. The structure streams out in the waves like a windsock pushed by the wind.

The passage of each wave squeezes the rubber and produces a bulging pressure wave that travels down its length. When the bulge reaches the end it sets turbines spinning to generate electricity.

Eventually, full-scale versions should be 7 metres across, 200 m long and be anchored at one end in water between 40 m and 100 m deep.

For now, however, engineers John Chaplin and Grant Hearn at the University of Southampton are testing mini Anacondas, a few metres long, in a wave tank. “The top barely breaks the surface, and you can see the bulges moving down the tube,” says Chaplin.

A workable solution? The case for regional currencies