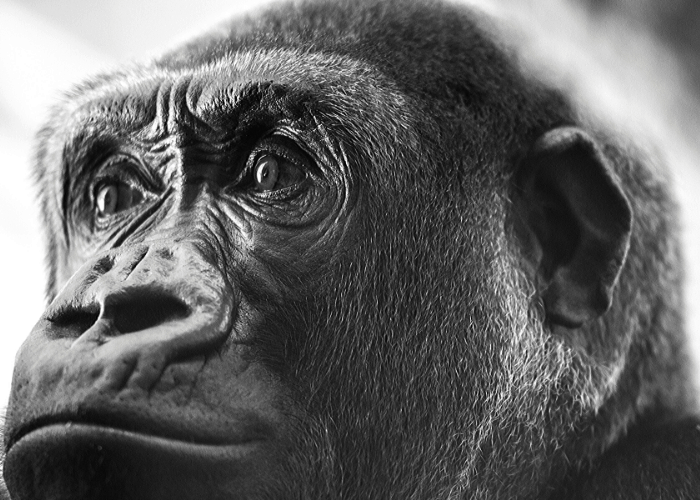 The gorilla is threatened with extinction by the mid-21st century if poaching and destruction of its habitat continue at the current rate, the United Nations has warned.

Within a decade, three of the four sub-species of the great ape could be wiped out, it says. “Many populations are faced with imminent extinction,” said Matthew Woods, of the UN-run Great Apes Survival Project. “It is incredibly serious.”

Conservationists have added a new danger to the ever-present threats from hunting, logging and mining: the fallout from elections to be held at the end of this month in the Democratic Republic of Congo (DRC), the vast central African nation which is probably home to more gorillas than any other country.

One sub-species, the eastern lowland, or Grauer’s gorilla, lives entirely within its borders. Two others, the mountain gorilla – famous from Dian Fossey’s studies and David Attenborough’s filmed encounter with them – and the western lowland gorilla, are also found in the DRC.

War has raged within eastern Congo for more than a decade, killing more than four million people in the bloodiest conflict since the First World War. Even now, three years after peace deals were signed, 1,200 people die each day from the continuing violence and war-related diseases. Hundreds of thousands of people have been displaced by the fighting as militia groups rampage through the countryside, raping and pillaging in towns and villages.

One side effect of the conflict has been the devastating impact on the region’s gorillas. Refugees unable to grow enough crops to feed themselves have been forced to kill gorillas and other large mammals in order to survive. Conservationists have not only been powerless to protect the animals, with surveys of the remaining gorilla population and other preservation work proving impossible, but several workers have been killed after they were caught up in militia fighting.

The result, in the case of the Grauer’s sub-species, is that its numbers are believed to have plummeted by 90 per cent over the past 10 years to just 2,000. Some conservationists believe that the situation is even worse, but violence has prevented them confirming their suspicions.

The most threatened sub-species of all is the Cross River gorilla, which inhabits a tiny forested area of west Africa, but the key to the survival of the rest is thought to be the DRC election, the first in the war-torn country for more than 40 years.

Conservationists believe that only a successful outcome to the election can curb the violence and instability, particularly in the country’s eastern districts of Ituri, North Kivu and South Kivu, that have decimated gorilla populations.