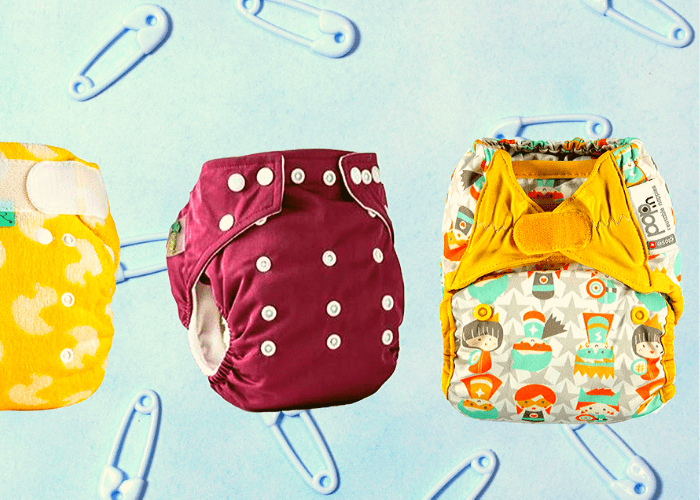 After having a baby in 2002, Vicki Penfold was shocked not only at the enormous cost involved in using disposable diapers, but also at the devastating environmental consequences. After nearly two years of testing, Vicki has developed a re-useable nappy which is friendly to baby, your budget and the environment.

After having a baby in 2002 I was not only shocked at how much money I would spend on “disposables”, but also highly concerned about the effect that the use of these nappies has on the environment. Moreover, I was uncertain about the unknown effects that the chemicals contained in “disposable” nappies would have on my baby.

When I first started using nappies in 2002, the only alternative on the South African market to disposable napies was the “Terri nappy”, which is the one that you have to fold, use a safety pin and a plastic waterproof with. This just seemed to be so “old-fashioned” and far too much effort for me, especially since I had seen fitted nappies used by friends who had bought them overseas, where they are readily available.

I wondered why there was nothing like them available in South Africa. That is when the Bio-Baba “project” started!
I called a dress-maker friend and gave her a pattern to make up some samples which were duly tested on my son. Every month the design would change, the layers and types of fabric would alter, until, finally, after 18 months of changes and testing Bio-Baba was born!

Disposables are made mostly of soft, fluffy pulp which is produced by chemically treating wood fibres. The pulp undergoes a whitening and softening process when it is exposed to chlorine-based bleaching agents. This produces a multitude of toxic chemical by-products which are released into the environment during manufacturing.

For example, substances called organochlorides are produced. These are found in large quantities in wastewater released into the environment, and they remain in minute quantities in the paper fluff itself.

One of the most well known organochlorides is the dioxin group. Dioxins have been called the most toxic substances ever produced and have been associated with birth defects, miscarriage, cancer and genetic damage. No one knows exactly how much exposure to dioxin is required for disease to develop. They are toxic in very small amounts.

Another chemical found in “disposables” is sodium polyacrylate. This substance is what turns your baby”s urine into gel. Sodium polyacrylate can absorb 100 times its weight in liquid and makes for a very absorbent nappy! However, it has been linked to Toxic Shock Syndrome in tampon use and is no longer used in their manufacture. It is still used in disposables though. Moreover, as much as clever TV adverts would have us believe that this astonishing absorbency and resultant “dryness” makes for a better nappy, this is simply not true.

Perfectly absorbent cloth nappies such as Bio-Baba do the trick without chemicals.

Also, studies show that wetness is not the prime cause of nappy rash. If it was, all babies in cloth nappies would have a rash.
In addition to the notorious “landfill” stories that everyone has heard about, disposable nappies
• require more energy than cloth nappies to produce
• use more non-recyclable materials
• produce more solid waste and
• need more land for growing the natural materials used in nappy production
than cloth nappies do.
If you only use disposable nappies, your child will have used the equivalent of 45 trees worth of paper before it is 2½ years old.
From birth to toilet training, a child will use approximately 5400 disposables (at an average of 6 a day over 2½ years).

Vicki can be contacted via email

So, you want to go vegetarian?