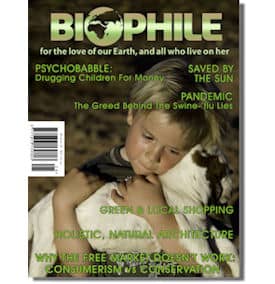 Johnson & Johnson™ the well-known baby care brand have now come out with a range of what they are claiming to be “natural”. Nothing could be further from truth! It has some ingredients which — according to independent researchers — are dangerous and should not be applied to any skin, especially that of babies. Babies’ organs are underdeveloped and do not excrete toxins as easily as those of adults.

Your skin absorbs up to 60% of chemicals in products that come into contact with the skin, and sends them directly to the bloodstream. Scientists estimate that it takes a little as 26 seconds for some substances to move from the skin to every major organ of the body, hence the effectiveness of nicotine and birth control patches.

We have listed the ingredients in Johnson’s® Soothing Naturals™ Body Wash below. The product is a cocktail of chemicals that should not be near any babies skin. We have highlighted the ingredients that are particularly dangerous.

Water
PEG 80 Sorbitan Laurate. All Polyethylene Glycol derivatives have been banned by Ecocert, and other organic certifying bodies. (While this product is not claiming to be organic, if an ingredient is not allowed by one of these bodies, it is a good indication that it should not be used in skin products). PEGs can be contaminated with carcinogen 1,4 Dioxane. PEGs can also form carcinogens when mixed with DEA and TEA.
Decyl Glucoside.
Cocamidopropyl Betaine.
Glyceryl Oleate.
Disodium Lauraamphodiacetate.
Glycin Soja (Soybean Oil). Probably from a GM source.
Sodium.
Cocoyl Amino Acids.
Sarcosine.
Potassium Aspartate.
Magnesium.
Aspartate Olea Europaea.
Hamomilla Recutita.
Aloe Barbadensis.
Tocopheryl Acetate.
Helianthus Annuus.
PEG-3 Distearate. PEGs all banned by Ecocert (see above).
Sodium Laureth Sulfate. All organic certifying bodies ban Sulphatation. SLS can be irritating to the eyes and skin and can be contaminated with the carcinogen 1,4 dioxane.
10-Hydroxypropyl Dimonium Chloride. Same as SLS.
Polyquaternium-10. Not conclusive as has not been tested (and cannot be tested with each and every chemical combination) but our independent expert believes it to be a formaldehyde-releasing preservative and carcinogenic. It is — obviously — banned by certifying bodies.
PEG 14M. Banned by EcoCert.
Propylene Glycol. Banned by all natural and organic certifiers for good reason. Acts as a penetration enhancer altering skin structure, thereby allowing more toxic chemicals to penetrate deeply into the sin and then into the bloodstream.
Sodium Hydroxide.
Tetrasodium EDTA. Banned by Ecocert
Phenoxyethanol. Under review from Ecocert, will be banned at the end of 2008
Methylparaben. Can cause skin irritation, contact dermatitis and allergies.
Propylparaben. Can cause skin irritation, dermatitis and allergies and in laboratory conditions causes hormonal disruption. In animal studies, ingested parabens (remember 60% of what goes on goes in!) induces cell proliferation (often a precursor of cancer) in the fore-stomach and birth defects.
Benzoic Acid.
Parfum – see the article on Phthalates in Issue 15. THIS IS POTENTIALLY THE WORST INGREDIENT!

Building for our future

All for the sake of a tuna steak