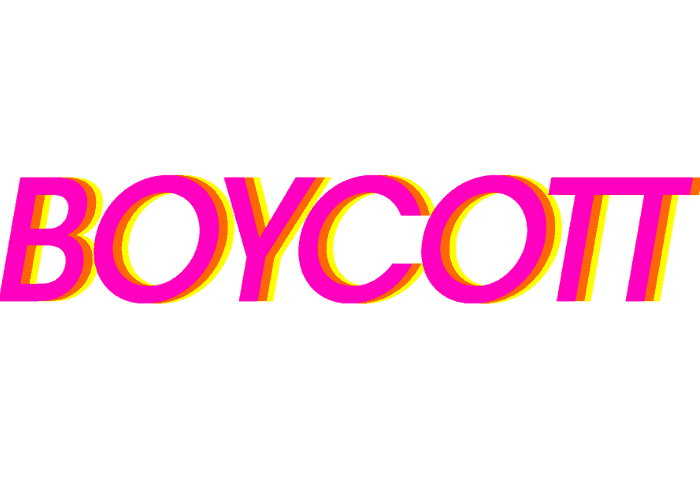 The US election is simply unacceptable. No president, no matter how large the vote, has any authority to commit war crimes, to destroy cities from the air, to create inhuman prison systems beyond the rule of law, to violate the sovereignty of states.

The US election is simply unacceptable. No president, no matter how large the vote, has any authority to commit war crimes, to destroy cities from the air, to create inhuman prison systems beyond the rule of law, to violate the sovereignty of states.

No franchise anywhere entitles any leader to subjugate foreign peoples, or to violate international law. Far from being a democratic “mandate” for Bush, the 2004 US election was a mandate for world-wide resistance.

No country is more market-driven, more intertwined with foreign commerce and trade, more dependent on the good will of workers and consumers, than the United States. Its war machine depends on parts produced in foreign countries, and there is growing feeling throughout the world that farmers, entrepreneurs, workers and consumers should do unto the US what the US does unto others.

As peace organizations formulate strategy and co-ordinate actions, the teachings of Arundhati Roy, the most visionary and sagacious strategist on the world stage, take on immediate significance.

In her address at the World Social Forum in Porte Allegre, Brazil, in 2003, Roy put out a call for a new strategy of non-cooperation. Steeped in the traditions of Gandhi, Roy’s books and speeches emphasize the economic vulnerability of the US empire.

“The US economy,” she writes, “is strung out across the globe. It’s economic outposts are exposed and vulnerable. Our strategy must be to isolate Empire’s working parts and disable them one by one. No target is too small. No victory too insignificant.”
“We could reverse the idea of economic sanctions imposed on poor countries by Empire and its Allies. We could impose a regime of People’s Sanctions on every corporation that has been awarded a contract in post-war Iraq. Each one of them should be named, exposed and boycotted-forced out of business. It would be a great start.”

Weekend protests, Roy tells us, are not enough. “What we need to discuss urgently are strategies of resistance…Gandhi’s salt march was not just political theatre.

In a simple act of defiance, thousands of Indians marched to the sea and made their own salt. It was a direct strike at the economic underpinning of the British Empire.”

“The Internet is buzzing with elaborate lists of American and British government products and companies that should be boycotted…They could become a practical guide that directs and channels the amorphous but growing fury in the world.”

The Pending World-wide Boycott
All over the world, peace and anti-globalization movements are preparing to put Roy’s concepts into practice. They are calling for a new kind of strategy to end the occupation of Iraq: a well-organized, sustained boycott of US and British goods.

In its range and scope, the coming boycott (including divestment from US corporations) could resemble the historic boycott of South African apartheid. The theme of the boycott, unencumbered by riders or secondary demands, is clear and simple: end the heinous occupation of Iraq. The boycott will not subside until all US and British troops are withdrawn from the sovereign soil of Iraq; until all US military bases are dismantled; until all US corporations on Iraqi soil are closed down.

Spontaneous Boycotts Are already Happening
Sporadic and spontaneous boycotts, local in form, have been taking place in cities throughout the globe. National Public Radio (US) reports that thousands of Europeans, repulsed by the election of Bush, are refusing to buy American goods. One placard in a Paris window says: “Promote peace. Don’t buy American.”

The boycott is spreading
Greenpeace is already involved in a boycott against Exxon-Esso and Mobil Oil.
Fermiamo La Guerre, a coalition of peace groups in Italy, called for a boycott of Esso when the US invasion commenced.
Sales of Pepsi and Coca Cola have plummeted in the Mideast during the occupation, and Islamic nations are creating alternative cola drinks called Zam Zam and Mecca Cola. Iran banned ads for US-manufactured goods.

South African protesters in Cape Town demanded that Denel, a South African contractor, cancel all its contracts to supply military components to the US war machine. The people of South Africa are well aware of the power of boycotts.

As South Africa’s Indymedia put it: We must “take aim at the only thing that can bring Bush to his knees – the American economy.”
Fast-food chains-Pizza Hut and Kentucky Fried Chicken – are under a boycott in Pakistan. As one member of the Islamist Party said: “We must stop buying anything American or British. We must hurt American interests as much as possible.”

The Myth of US Invincibility
Mussolini once said there is no greater sin than looking weak. All empires sustain themselves through a mystique of invincibility. The US is no exception. Its leaders now choose their words – “Shock and Awe,” “Operation Iron Hammer” – to cow the timid. But all of its nuclear weapons, all of its attack helicopters and B-52s, its power to turn mosques, hospitals and cities into rubble; all of its tanks, cluster bombs, computers and depleted uranium, cannot protect the US empire from the ubiquity and power of non-cooperation.

The US may post soldiers at its foreign bases. It may continue to bribe foreign officials, to blackmail foreign governments.
But its economic outposts, from Starbucks to Disneyland, from Hollywood films to corporations that advertise on Fox “News,” are open and vulnerable.