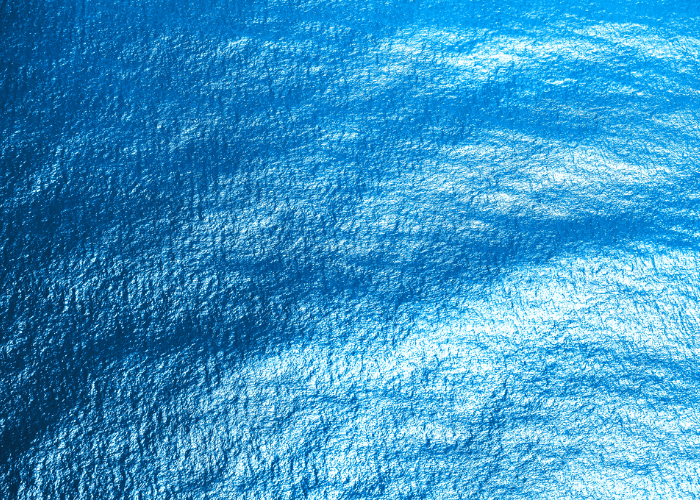 Special Feature: Save Our Seas!

Covering more than two-thirds of the Earth’s surface, the oceans were once thought to be an inexhaustible resource, too vast to be damaged by the actions of humans. We now know differently.

Fisheries are collapsing, runoff is polluting coastal waters and coral reefs are dying.

Our coasts are being carved up to make room for housing, hotels, roads and fish farms, and our waterways are dumping grounds for toxins and other waste.

From icy seas to warm tropical waters, more than two-thirds of the world’s fisheries have been overfished. Many millions of kilograms of fish are wasted each year as unwanted bycatch: catch tossed overboard, dead or dying, for lack of market.

And hundreds of thousands of seabirds, marine mammals, sea turtles and other marine life are killed through destructive fishing practices.

The explosion in fish farming to satisfy our growing appetite for seafood is polluting coastal waters with fish waste, antibiotics and other pollutants. Runoff from farms, animal feedlots and streets has created huge “dead zones” in many bays and estuaries, where few life forms survive.

Covering more than two-thirds of the Earth’s surface, our oceans were once thought to be an inexhaustible resource, too vast to be damaged by the actions of humans.
But we have removed such huge numbers of fish and destroyed so many other kinds of sea life that we now know we have the capacity to pluck the sea bare.

We have carved up our coastlines to make room for housing, hotels, roads and fish farms and allowed our waterways to be dumping grounds for toxins and other waste.
Our oceans are in trouble — but with the right tools we can reverse this decline.

All around the world, habitats essential to fish production and ecosystem health — estuaries, wetlands, coral reefs, mangroves, shellfish beds, bays and sounds — are being damaged or destroyed at alarming rates by coastal development and water quality degradation.

Coastal marshes, which trap floodwaters, filter out pollution and nurture fish, birds and other wildlife, are disappearing at a rate of 20,000 acres a year in the USA alone.

Coral reefs are also in serious trouble. They have been called the rain forests of the ocean for their rich array of sea life. Tens of thousands of marine animals depend on them to survive: fish, turtles, sharks, lobsters, shrimp, sea urchins, sea stars, anemones and sponges. Coral reefs also buffer coasts against storm damage and beach erosion. Yet these life-sustaining habitats are being destroyed in unprecedented numbers.

Not so long ago the world’s oceans teemed with huge predatory fish like the giant 18-foot-long marlin immortalized in Ernest Hemingway’s 1952 book, The Old Man and the Sea.

But as extraordinary as that marlin was in its time, today the chances that an angler will find one anywhere near that size are next to nil. Populations of large predatory fish like swordfish, marlin and sharks are a fraction of what they were 50 years ago.

And catches of other popular seafood — tuna, cod, skate and grouper — are much smaller than those of decades ago. Too many boats using ever more sophisticated technology are chasing too few fish.

The way fish are caught or farmed can also harm marine habitat and animals. Heavy trawl nets dragged over the ocean floor behind fishing boats can destroy sea life in their path. Turtles, whales, dolphins and porpoises can become entangled in nets and die. Also, the use of wild fish for aquaculture feed can affect ecosystem dynamics.

Almost everything ends up in the ocean eventually. Waters rich with silt rush downstream to deltas and estuaries, where saltwater meets freshwater. The plume of water and silt fed by highland headwaters may extend 40 kilometers or more offshore.

Unfortunately unregulated waste and runoff (like detergents, fertilizer, pesticides and oil) also enter our waterways and wash into the sea. This pollution is one of the biggest threats to coastal areas today. In particular, agricultural activities dramatically impact the water quality of our bays and estuaries.

The nutrient-rich runoff from farms flows into coastal waters, chokes off oxygen and fosters algal blooms. These in turn cause seagrass meadows, kelp beds and other important coastal habitat to die off — creating dead zones almost devoid of life.

Like all living things, the sea is a complex system that can only function properly with all its vital parts. As ocean habitats disappear, the fish and other marine life that depend on them disappear also.

Sea turtles and manatees, for instance, graze on seagrass meadows, which shelter and nourish fish, shrimps and crabs.

As seagrass meadows die off from pollution, ship-channel dredging and coastal development, the effects ripple through the whole web of life. In some places, sea urchin populations have exploded as their natural predators like sea lions have been removed, upsetting the delicate balance among sea animals and plants. Our seas are home to millions of species, yet many marine plants and animals may vanish before we have a chance to understand their full value.

Despite the ocean’s vastness, only a tiny fraction of it has been explored or studied — we know less about the oceans than we do about the surface of the Moon and other planets. Scientists have only recently discovered ancient deep-sea corals and sponges in cold waters that provide habitat for fish and other marine life.

Most fishing gear is not selective. This means that as well as the target species of fish it catches, any number of non-target species may also be hauled in. This “incidental” catch of other species is referred to as “bycatch”.

Globally, it is estimated that a quarter of what is caught is merely killed and discarded. Fishing quotas mean that fishermen targeting a particular species or size of fish will throw back any “non-target” or “too small” fish that they catch.

Bycatch is not limited to unwanted fish species. All types of marine life including whales, dolphins, porpoises, fur seals, albatrosses and turtles are killed as bycatch.

For example, a staggering 100 million sharks are killed each year. Tuna fisheries, which in the past had high dolphin bycatch levels, are still responsible for the deaths of 1 million sharks.

An estimated 300 000 cetaceans (whales, dolphins and porpoises) die as bycatch each year, because they are unable to escape when caught in nets. Birds dive for the bait planted on the end longlines, swallow it (hook and all) and are pulled underwater and drowned. The Patagonian Toothfish fishery off South America alone is responsible for the deaths of thousands of albatrosses a year.

Bottom trawling is a destructive way of “strip mining” the ocean surface, harvesting the species that live there. As well as the target fish species, this also results in bycatch of commercially unattractive animals like starfish and sponges. The devastation that results is often irreparable.

The fisheries with the highest levels of bycatch are shrimp fisheries – often over 80% of a catch comprises marine species other than shrimp.

The cost of bycatch to the ocean ecosystems is immense. And fisheries with substantial levels of bycatch are clearly neither acceptable nor sustainable.

Overfishing occurs when fish are caught faster than they can reproduce. Many marine scientists now believe that overfishing is the biggest human impact on the world’s oceans. A recent study in the prestigious journal Science showed that overfishing makes ocean ecosystems more vulnerable to harm from other human impacts like pollution.

Overfishing probably contributes to declines of marine birds and mammals, by reducing their food supplies. Depletion of fish populations is actually an accepted goal for most fishery managers. Fishermen are encouraged to achieve maximum exploitation by “fishing down” populations to about half their original size.

Such goals ignore the role of fish as an integral part of marine food webs.

More than an unsightly inconvenience for beach-bound vacationers or pleasure boaters, marine debris is one of the world’s most pervasive pollution problems.

A leading cause of marine debris is thoughtlessness – people making the poor decision to litter. Litter on land finds its way to the oceans, being carried by wind or in rivers. The result is literally tons of cigarette butts, tampon applicators, syringes and bottles in the water and on the beaches.

Fishing line and nets, six-pack rings, rope and other rubbish can wrap around fins, flippers and limbs of other animals—causing drowning or amputation. Some debris can kill for decades: trapped animals often attract predators, which then become entangled too.

The introduction of non-native, or “invasive,” species can cause irreversible harm to delicately balanced ecosystems.

By far, the biggest source of invasive species is the ballast water that ships take on and discharge as they sail around the world. This water provides balance and weight to ships when they are not carrying cargo, and is important to safety and performance. It can contain all sorts of microscopic marine life, including eggs, cysts, larvae, and bacteria.

Since then, the industry has grown by an average of 10 percent annually, and is expected to bring more than 49 new vessels into service by 2005.

Each cruise ship carries an average of 3000 people and produces as much sewage and waste as a mid-sized city.

Tons of raw sewage, garbage and even hazardous waste are produced and disposed of each day by a single ship. This constant discharge of waste into our oceans is multiplied by dozens of ships operating every day in our precious oceans.

Cruise ships do not have to comply with environmental and water quality protection laws that are required for municipalities. They are allowed to dump sewage and garbage directly into our oceans—and they do!

Incredibly, the most common practice of cruise ships is to dump waste at sea, usually at night. While they are not supposed to release raw sewage or other solid waste into state waters (3 nautical miles from shore), ocean currents can return discharged sewage, polluted waters and garbage to our shores. Fish do not know boundaries.

Cruise liners also impact air quality. Diesel engines spew out diesel exhaust equivalent to 10,000 cars each day per ship and are kept idling, even when in port.

Thousands of marine animals die each year entangled in actively fished commercial fishing gear or in abandoned fishing nets and lines. Several species of dolphins, porpoises and whales are particularly vulnerable to entanglement.

Often, these species feed on the same fish that nearby humans are fishing. Other times, they swim with, feed near, or inhabit the same area as those fish.

This polluted runoff flows into storm drains along roadsides—and often ends up in local streams, rivers and coastal waters. In rural and even suburban areas, rainwater flows over farmland, roads, golf courses, and lawns into waterways. The rainwater can then become a toxic mix, carrying animal waste, fertilizers, and pesticides into the sea.

When too many homes and businesses are hooked up to a sewage treatment plant, it cannot treat the sewage adequately. Moreover, treatment plants can, and often do, malfunction as the result of human error, old equipment, or unusual conditions. Under these circumstances, wastewater is released into local waterways.

Dwellings built near the coast may be equipped with underground septic systems, which can leach wastewater into coastal recreational areas. Fecal matter from malfunctioning or overloaded septic systems can contaminate bathing beaches. Local governments rarely inspect septic systems sufficiently to prevent such failures.

Herbicide in your intestines?