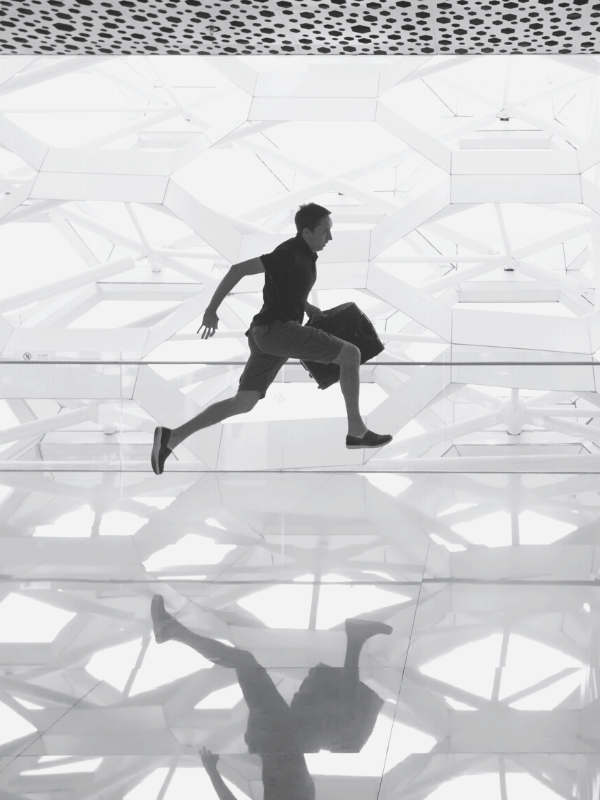 I hate to say it, but “I told you so.” Global ecological collapse is upon us and the human family is entering a Hobbesian struggle for survival of the Earth and all her species including humans.

Even mainstream leaders tell us we have a decade to act before utter ecological ruin and despair is assured. If things are really so bad, where is the urgency? Will you fight for being?

Many mega-consumers in the over-developed world, until now responsible for most environmental destruction, live in a world of entertainment, abundance and great comfort. We sit stupefied in front of our home entertainment systems, addicted to vicariously watching the lives of glamorous stars, as the Earth dies. Movies and TV are the modern day bread and circuses meant to control and keep blind consumers blindly consuming.

A lifetime of global change and ecology research leads me to conclude humans are on the brink of global ecological collapse and only dramatic, even revolutionary, global policy responses can save us now. The Earth system has been cut deeply, hurt in so many ways, that barring major social and personal transformation, it is not inconceivable that complex life is finished. There has been enough awareness building. It is time to act bravely and with resolve.

These are dangerous times. And those concerned with the fate of the planet and her species are faced with a dilemma. They can follow a failing, star-studded, corporate driven reformist agenda which seeks to greenwash business as usual environmental policy responses. Or you can concern yourself with what is truly required to maintain the biosphere, ecological patterns and processes, relatively civilized human society; and yourself, family and friends.

Human populations have increased sixfold in just over 125 years. Who has a plan to reduce global population? Billions live on a dollar or two a day while a handful of billionaires enjoy more wealth than entire nations. The whole world increasingly embraces and idolises the ostentatious lifestyles of celebrities. Meanwhile our climate, forests, oceans and water are failing worldwide. The sky is falling.
Humanity is facing global ecological Armageddon within a decade or generation at most. Responses to date have been half-hearted, and do little or nothing to strike at over-population and over- consumption as the underlying causes of a failing biosphere.

There is little hope when Greenpeace promotes ancient forest logging, when Al Gore states climate change can be addressed without economic sacrifice, when Leonardo DiCaprio assures us at the 11th Hour he only uses private jets when absolutely necessary.

These are our leaders? Their vision lacks concrete actions adequate to achieve equitable and just ecological sustainability.

Academically, at what point if ever will armed struggle on behalf of Gaia be justified? I ask not to encourage violence, but to ascertain what we are willing to sacrifice to save the Earth and her humanity. Given the failure of large environmental groups and well-known environmental activists to present a coherent and adequate vision to save the Earth, what are we left with? Changing light bulbs? Renewable energy? Simultaneous global rock concerts? Will these get us there?

Is the very ecological fabric of being worthy of fighting for at all costs? I do not know. But if indeed there is only a decade to save the planet, our being, and very existence; are we not justified in imagining more robust responses? I speak not of token arson or mild larceny, but of a global eco-insurgency adequate to topple the whole disgusting planet eating industrial growth machine and replace it globally with decentralized ecologically sustainable agrarian democracy. The vision is of people living peacefully with the land, air, water, oceans and all life; and within their ecological and bioregional limits.

A hypothetical Earth revolution must know when and how to strike. As global ecological mayhem intensifies, it will become increasingly evident when to begin wholeheartedly targeting SUVs, coal power plants, ancient forest loggers and their apologists.

The goal must be prompting swift industrial collapse and lead to a continued insurgency adequate to stop its regeneration, even as people’s needs are met by returning to the land in relocalized communities practicing true egalitarian democracy and sustainable permaculture.

It is crucial that the first strike not result in the entire Earth insurgency being arrested, suppressed and dismantled.

War in defense of the Earth and our habitat is not mere tokenism; it is a fight for all life and continued being. Given the failure of the environmental movement and existing political and economic structures to enunciate and implement policies adequate to stop ecosystem destruction and meet all basic human needs, it is time to ask yourself whether you will simply lie down and die without fighting for mother Earth and your children’s children? My best advice is to educate yourself, band together in landed communities, organize and protest; and begin to stealthily prepare yourself for an Earth Revolution should we fail. Gaia will say when.