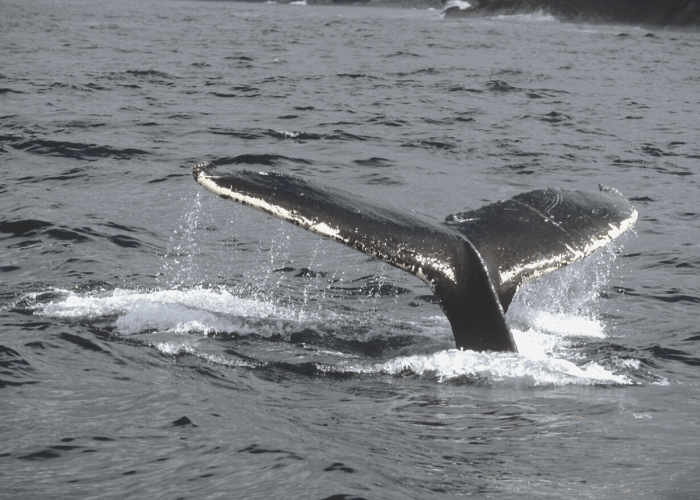 “Sometimes, when people do not see the path through enlightenment, you must scare the hell out of them first”.
The Dalai Lama, speaking to the crew of the Farley Mowat.

When the president of the Japan Whaling Association accused the radical environmental group, Sea Shepherd of being “dangerous vegans”, not many people knew quite how literally he meant it.

Brandished as militant activists, the crew of the Farley Mowat take on whale hunters armed with the infamous ‘goo gun’ that shoots rotten tofu and even, on some occasions, spoiled pie-filling courtesy of the U. S. marines. But for the volunteer crew of the Sea Shepherds’ flagship, it’s not all about fun and games trying to single-handedly sabotage the relentless slaughter of the world’s largest mammals. For almost three decades, dedicated members of the Sea Shepherd Conservation Society have risked their lives on the front-lines of environmental activism in their determination to shut down illegal whaling and sealing operations.

In January this year, the Farley Mowat entered South African waters to dock at Table Bay harbour and, instead of receiving a hero’s welcome, was detained by the South African Maritime Safety Authority (Samsa) after it was alleged that it did not comply with the correct safety regulations. Although the Farley Mowat has been registered as a yacht in Canada for the last 10 years both the South African and Canadian authorities now claim that it should be registered as a commercial boat and therefore requires certified crew.

But the all-volunteer team are convinced that their detention was politically motivated and that the action taken against them by Samsa was a direct result from pressure by Japan to keep the activists from returning to Antarctica.

Amidst claims of an illegal whale meat trade between Japan and Cape Town, they believe that it is no coincidence that they were detained just two weeks after a hair-raising encounter with two Japanese whaling ships. One of which almost ended in a head on collision with the Nisshin Maru, a staggering 8 000 ton factory ship on which they butcher and pack harpooned whales.

After being detained for almost six months the crew of the Farley Mowat slipped out of Table Bay harbour under the cover of night on Friday 16th June. With them, on board was 19 year-old Gemma Kay Koyd, the second South African volunteer in the history of the organisation.

In a world where whales are hunted illegally, despite the moratorium on commercial whaling by the International Whaling Commission (IWC) since 1986, it is no surprise that the dedicated activists felt they had no choice but to hoist their pirate flag and high-tail out of Table Bay harbour. Last year alone, Japan killed over 900 minke whales and 10 endangered fin whales, while plans are in the pipeline to kill 50 fins and an equal number of endangered humpbacks. The IWC, an international body that regulates whaling around the world initially put the moratorium in place when it was becoming apparent that the whale population was under threat.

However, pro-whaling countries such as Norway, Iceland and Japan exploit a loophole that allows a limited number of whales to be killed for scientific research.

These nations have defended their actions by arguing that the only way to study and monitor the whale population is through lethal means. At the most recent meeting of the IWC on 16th June (the same day that the Farley Mowat slipped out the clutches of the South African authorities), representatives from different countries voted on whether to overturn the two-decade ban. Fortunately, the moratorium was upheld, but the battle was won by a mere two votes as an increasing number of countries are lured, primarily by Japan, into the pro-whaling camp. The Japanese government insists that their generous contributions or “marine aid” to developing countries is by no means a way to win the 75% majority needed to legalise whale hunting.

However, from the outcome of this year’s IWC vote, it is clear that nations such as Nicaragua, St Kitts and Nevis and the Pacific island cluster of Palau, all of whom benefit from Japanese aid, are not prepared to bite the hand that feeds them. All voted with Japan at this year’s pow wow in favour of a return to commercial whaling.

Concerned environmentalists together with Greenpeace, Japan have spoken out against the government for using taxpayer’s money to bribe votes, especially in the face of mounting evidence that the majority of Japanese people oppose the slaughter of whales for commercial use.
Most commercial whaling occurs in the Southern Ocean Whale Sanctuary, an internationally recognised reserve, home to 11 out of the 13 great whales found on the planet.

But as one member of the Farley Mowat crew scathingly pointed out to me: “[the United Nations World Charter for Nature] it’s down on paper but it’s not worth anything.”

It occurred to me, at that moment, how ironic it is that this motley crew of passionate activists are regarded as anarchists or criminals when they are willing to risk their lives to uphold laws and treaties that no other country seems to be policing. Under the leadership of its founder Captain Watson, Sea Shepherd has employed controversial, yet effective techniques to successfully shut down seal hunts in Ireland, Scotland and England.

Paul Watson, an original founding member of Greenpeace, formed his own breakaway organisation in the late 1970s out of a strong conviction that protest alone wasn’t going to save the whales. Since then, Sea Shepherd has had an uneasy relationship with Greenpeace, to say the least. I don’t think that calling Greenpeace the “Avon ladies of the environmental movement” in reference to their door-to-door fundraising helped either.

Greenpeace has distanced themselves from Sea Shepherd for being too militant and violent but according to one of the Farley Mowat’s engineers, Dan Villa, this is the least of Watson’s concerns: “The captain says he doesn’t care what people call us, the whales and the seals are our clients. The people that are killing all the life in the ocean are the real terrorists”.

Although the crew admit that they have no qualms about destroying property, no one has ever been harmed. If anything, their ‘we-mean-business’ tactics such as ramming whaling boats or positioning themselves as a human shield between the whales and their hunters is tempered with a healthy dash of humour.

Apparently, the flamboyant Captain Watson is known for hoisting the ship’s Jolly Roger and blasting Wagner’s Ride of the Valkyries when he is getting ready to ram a whaling ship.

They might be eco-terrorists to some but to others they are hailed as whale warriors. In fact, when the crew of the Farley Mowat met with the Dalai Lama he presented them with a small statue representing the spirit of compassionate wrath that is now proudly displayed on the ship’s bridge. The spiritual leader of Tibet, a committed environmentalist himself, encouraged the crew saying:
“Sometimes when people do not see the path through enlightenment you must scare the hell out of them first”.

It is not just the Dalai Lama that supports Sea Shepherd. Celebrity supporters include Pierce Brosnan, William Shatner and Martin Sheen.
And, as Captain Watson is fond of reminding his critics: “How can we go wrong when we’ve got James Bond and the President of the United States on our side?”

How to end cruelty